Your Secure Retirement is Squandered If You Can’t ‘See’ It 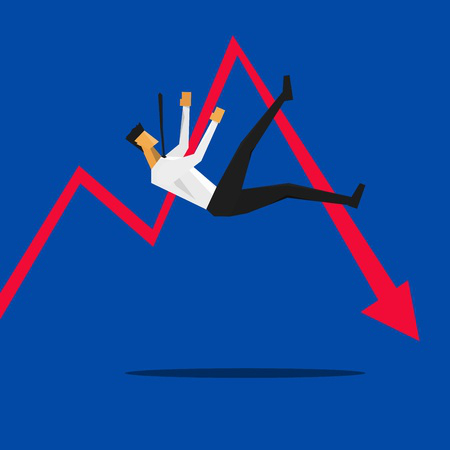 When I was 20 years old I couldn’t fathom what 45 would look like. It was so far off. Would I even live that long? But it came much quicker than I could have imagined.

I call this the ‘future-self blind spot’.

We all will grow older if we’re fortunate, but we have a hard time visualizing a much later point in our future.

Sometimes we choose to not think about it, hoping that everything will just work out on its own.

Unfortunately, future-self blind spots can cause us to make some really bad financial decisions. Things that outright undermine the chances of a secure retirement.

Like delaying the start of a 401K despite an employer match that’s free money.

Ignoring fees on our investment or bank accounts, because they seem so tiny on a monthly or annual basis.

Buying a new car that costs 6 years to pay off.

Deciding to splurge on things that are well beyond our means, reasoning that we never know how long we’ll live, so we should enjoy today to its fullest and not worry about tomorrow.

Or putting off developing a realistic, written retirement plan because we mistakenly think we’ll just work forever, despite the reality that 62 is the current average retirement age, and more than half of those early retirements are forced.

These are all costly mistakes caused by the future-self blind spot.

But these mistakes can delay or even completely sabotage your efforts to create the financially secure retirement you deserve.

Research was conducted where 20-somethings created photo of themselves that was then ‘photoshopped’ to make them look 45 years older.

The objective of the experiment was to determine if young people would become better savers if they could ‘see’ their future selves.

The group that could envision their older selves, thanks to the digitally aged photos, planned to save twice as much for retirement as those who did not.

What this research shows is that, just like me as a 20-year old, we have a hard time seeing decades ahead unless we have a prompt, like that digitally aged picture.

Ignoring the reality of the future, and the speed with which it arrives, puts us into short-term thinking mode, leading to poor financial choices and missed opportunities that can haunt us for the rest of our lives.

In between today and our retirement lie many unexpected events and commitments that will further draw on our financial resources.

Not getting started with saving for our financial futures, including retirement, squanders the two benefits our early years provide.

First, prior to financial complications like mortgages, kids, saving for kids’ college, and helping parents, financial flexibility to make sacrifices to save for your future may be the greatest.

Second, when you have 40 years to let compound interest work its magic you have an awesome force on your side. For example, if you earned a 7.2% return in a tax advantaged retirement account, if you started with $10,000 and didn’t add a dime, in 40 years you’d have $160,000!

When you begin saving early and automatically, your chances of a secure retirement rise dramatically.

Another area where there’s risk of squandering our financial future is thinking that the good times that we may be experiencing will continue forever.

I had an acquaintance who started a business in his early 20s that eventually became very successful. He worked incredibly hard, and enjoyed the fruits of his labor with exotic cars, large houses, performance boats, and a bunch of other toys.

For the first 20 years things were really good. He thought it would last for decades more.

But now in his 50s, he presides over a business that withered during the Great Recession, never returning to its previous glory.

He regretfully said to me “I’ve wasted more money than most people earn in a lifetime. I wish I could go back in time and make better financial decisions. If I could, I’d be on easy street right now instead of struggling at my age to find new customers.”

How sad. But his regretful situation was driven by simple human nature.

We are prone to instant gratification, and our consumer economy amplifies that tendency. We can’t see ourselves getting older any more than we can predict when our financial fortunes may turn negative.

We also think that our salaries will continue to go up, and promotions will keep coming decade after decade. The facts simply don’t support such a belief.

A recent study shows that women’s salaries peak at 39, and men’s at 48.

For women, that means for the final quarter century of their career their salary will not increase, save for minor increases that may or may not pace with inflation.

So what’s a savvy wealth accumulator and future retiree to do?

Wise wealth accumulators start by acknowledging potential risks and blind spots, and then learning from others’ mistakes.

If you’re in your working years and in good health today, you’re statistically likely to live for several more decades. Don’t squander the opportunity to create your brighter financial future.

Take a serious look at your preparedness for when you arrive at the day of your much older self. It will come faster than you can imagine.

If you struggle to envision your future self, take a look at some of your family members and acquaintances who are two or three decades older than you. If they’re willing to talk, ask them if they have any financial regrets.

I’ve talked to many who are within a decade or two of retirement.

Their top two financial regrets are nearly universal: “I wish I had not squandered my money on things that didn’t have lasting value,” and “I wish I had saved more for retirement.”

These are not statistically sound research findings, but they certainly are something to think about.

If these are consistent regrets, could they eventually become yours, destroying the secure retirement you deserve?

If you do, your future self with be very thankful. And in the meantime, you’ll gain a whole lot of peace of mind!